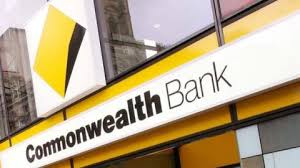 Noting that prices had increased ‘sharply’ in the second half of 2019, the CBA report amends the bank’s earlier prediction that prices would only rise modestly.
“History will show that the rebound in demand has been phenomenal, particularly in Sydney and Melbourne,” the report states.

“Auction clearance rates are high, the flow of credit has picked up markedly and both house price expectations and homebuyer intentions have spiked.

“It looks like an element of FOMO has returned to the market. As a result, our original price targets have been achieved sooner than expected.”

The bank, which predicts a national property price rise of 6 per cent, said the demand for lending was driving the price surge, noting ABS lending data that showed an astonishing 52 per cent increase in the flow of housing credit in the four months to September.

“Our base case for property prices in Sydney and Melbourne has them rising by 7 per cent and 8 per cent respectively over 2020,” the report concludes.
News Corp Australia 15 NOV 2019, The Daily Telegraph

Get in touch with us to secure your House and land Package!